There’s enough information swirling around the internet concerning hemp and CBD oils that it could fill a million blogs — and it does! Since hemp extracted CBD is an industry of such high interest and discussion, it can be difficult to decipher what is fact and what is fiction today.

We created our Learning Center at Agrozen Life Sciences to clarify the facts from the fiction and to be a source of clear, simple, science-based information. Think of this as a “CBD 101” online source you can share and return to, again and again.

Hemp is a staple crop that has been cultivated throughout the country and around the world for over a millennia. It is an extremely versatile plant that is capable of growing in almost any climate and is used in the production of foods, clothing, oils, medicines, and a whole lot more. Humans have been administering and consuming hemp-based products and materials since the neolithic era until roughly the last century, when it was outlawed as part of the laws developed during the cannabis prohibition due to its association with the plant.

Hemp and cannabis may originate from the same species of plant, but they have a few prominent differences. What makes hemp unique from its psychoactive cousin, cannabis, is that hemp is cultivated to have high CBD content and little to no THC content (less than 0.3 percent), the chemical compound found abundantly in cannabis that gives the ‘high’ effects.

Compared to cannabis-extracted CBD, hemp serves an excellent source of full-spectrum cannabinoids in their ancient, balanced state: high CBD / low THC. It is also legal to purchase hemp extracted CBD oil products nationwide, unlike cannabis, which is only legal in the respective states that have legalized recreational marijuana. 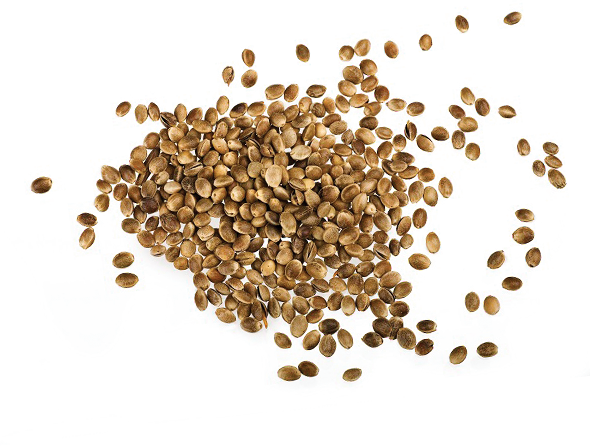 See our glossary of terms to know for more information.

Cannabidiol (CBD) is a cannabinoid, an active biological compound present naturally within the human body and more recently discovered to also be present within the hemp plant. While there are nearly 100 different cannabinoids found in the hemp plant, CBD is one of the most abundant. CBD one of the most amazing superfoods in and of itself is non-psychoactive, meaning you won’t ever feel “high” from it as you would with its cannabis counterpart.

Scientists first discovered CBD (and THC) in the 1930s, and to this day are still learning exactly how plant-based cannabinoids work in the human body. After years of prohibition, there is a lot of promising clinical research being conducted on cannabinoids, including CBD, but here is what we know so far about how they work.

Centuries ago, when people needed medical treatment for various ailments, they utilized oils and chemicals derived from plants. That was the way of things until technology gave us the ability to mass-produce synthetic medication. While that seemed like the ideal way to handle health issues, it became common for these synthetics to cause a number of side effects.

At Agrozen Life Sciences, we think returning to nature is a wise move. That’s why we’re pleased to be a trusted manufacturer and supplier of CBD oil products within the CBD industry. While the CBD compound is often associated with marijuana, it cannot create a high. That’s caused by the THC in marijuana, a totally separate natural chemical.

Hemp And The Body

CB receptors, their functions, and you.

How to integrate CBD oil products into your daily routine

Whether you’re looking to switch from over-the-counter medications to a natural solution for a specific condition or you’re simply seeking better health and wellness and optimal balance in your life, our hemp oil products are a completely natural, plant-based option to explore.

When you wake up

Take it in the morning with your daily vitamins as a capsule, or mix CBD oil into your morning tea, juice, or shake to get your day started off right.

Before or after a workout

Take along with your pre- or post-workout drink to help your body recover from the stress you put it through and be better equipped to tackle the rest of your day.

After a long day to wind down

Take your CBD oils or supplements at the end of a hard day’s work to fully unwind and enjoy your time of peace before bed.

Our hemp-extracted CBD oils are completely non-psychoactive, which means you will never feel any effects that impair your body or mind. This means you can safely take it and go about your usual daily activities without feeling any unwanted side effects.

Our full spectrum hemp-extracted CBD oil products at Agrozen Life Sciences are helping people nationwide find relief from a variety of conditions in their daily routines. Don’t just take our word for it, though. See what our customers have to say about using our hemp oil products.

The most well-known cannabinoid found in hemp and cannabis that assists in regulating your endocannabinoid system.

The two cannabinoid receptors in the ECS.

The method of extracting cannabinoids and terpenes out of the plant that provides the highest purity.

Neurotransmitters that bind to cannabinoid receptors for regulation of many physiological and cognitive processes.

A biological regulating system found throughout the body’s central and peripheral nervous system.

Does not have a detrimental effect on the mind, personality or behavior; does not get you “high.”

At Agrozen Life Sciences, we use certified organic hemp that is cultivated and processed according to the highest industry standards. In order to produce the most effective final CBD oil products, only the finest hemp strains are selected and grown without pesticides.

To extract our CBD-rich oils from the hemp plant, we use supercritical CO2 extraction. The extraction process involves bringing CO2 to a low temperature under high pressure, which gives it properties of a liquid and a gas. This complex process extracts whole plant compounds without the use of harsh chemical solvents. The CO2 extraction process ensures superior quality and keeps the integrity of the plant intact.